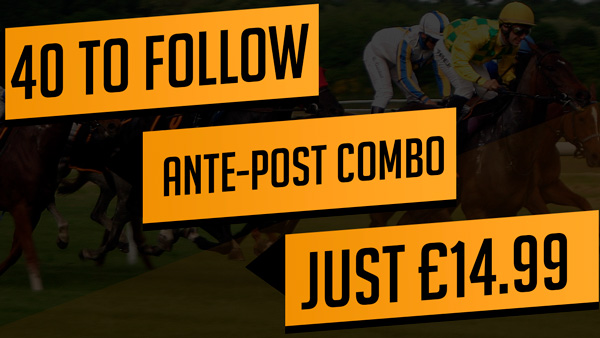 Grab yourself some discount on the cost of both! For one payment of just £14.99, you will receive the JPW 40 to Follow eBook and the Cheltenham ante-post package.

This is our best selling National Hunt package by far and represents fantastic value.

40 to Follow
This book was a huge hit for us last year. It was produced an incredible amount of winners.

The contents of this year’s eBook are as follows:

This is one of the best and most well received eBooks in the industry over the past few years. This year’s edition is bigger and better!

Receive tips every day by email and by text message. Join