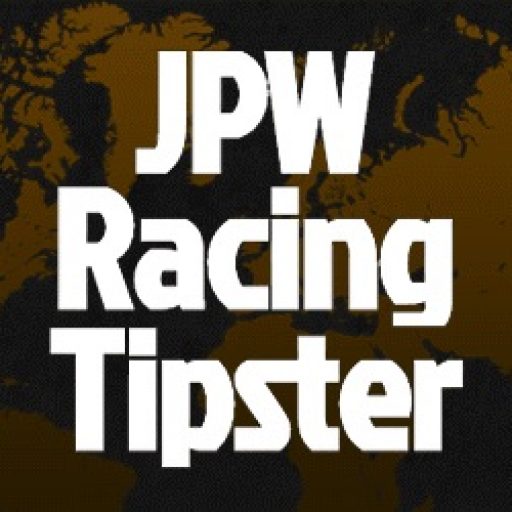 DG Tips from www.tipstersempire.co.uk has kindly produced a blog for the upcoming All Weather Season.

It is an excellent read and also consists of 10 horses to follow throughout the season.

With a few weeks remaining of this year’s turf flat season it seems a fitting time to take a look ahead to what flat racing fans have in store over the winter months. Historically the end of the turf season has always been a somewhat gloomy time for flat racing fans however the growing popularity of AW racing in Britain is helping bridge the gap between seasons.

First run 5 years ago the AW Championship has grown year on year. With stars such as Enable, Decorated Knight, Sovereign Debt and Lancelot Du Lac all gracing all weather tracks last year it is unsurprising that the popularity of this great championship continues to soar. I have been a huge supporter of this Championship since it started but for those of you who are unfamiliar with it here is a brief summary of what it entails:

The Championship runs from October 24th (next Thursday) at Newcastle and finishes on March 30th Good Friday at Lingfield with Finals day.

There are 6 main categories

Alongside a whole host of competitive handicaps, maidens, novice and listed races.

Finals Day at Lingfield always takes place on Good Friday. They put on some fantastic prize money amounting up to a huge £1million and the races every year are very competitive.

There will be a total 200 fixtures throughout the AW season and they will be spread out between 8 racecourses listed below:

Now you are all up to speed with the schedule it is about time that we identify some of the key aspects about AW racing and some key players worth following throughout the season.

Predominately (Newcastle and Southwell an exception) AW racing is ran at turning tracks. That means the draw plays a massive factor in any race whether it be over 5f’s or 2m’s. A low draw is preferable and the ability to travel strongly is a real asset. At tracks like Chelmsford, Wolverhampton and Lingfield you ideally want to be up with the pace. The tight turns make it very difficult to make up ground and shorter straights limit the amount of time horses have to quicken.

On the other hand tracks like Kempton, Newcastle and Dundalk are much fairer, despite the draw still being important longer straights allow horses to come from behind and especially at Newcastle hold up horses seem to do very well.

With all flat racing tactics are very important and the AW is no different. At Chelmsford you will often see front runners blast out and make all however if they were to employ those tactics at Newcastle they wouldn’t get home. Different tracks lend themselves to different running styles and identifying this when analysing AW racing is important.

Every year the AW Championship attracts some top horses and I have took some time this week to compile a list of 10 horses to follow for the AW season:

Spring Loaded really excels himself on the AW. All his best form to date has come on it however just recently he has hit new heights on turf. He won the Portland with ease and then ran really well from a tough draw in the Coral Sprint Trophy at York. He is quite clearly thriving at present and the early season sprints like the Golden Rose 6f sprint at Lingfield in November look likely targets.

Sovereign Debt ran out a superb winner of the mile final last year. He’s a lovely grey who has improved massively since joining Ruth Carr’s yard. Not only did he win the mile final but he also went on this flat season to win a group 2 at Sandown and a group 3 at Epsom. Still thriving on his racing this 8 year old recently finished 4th in the Darley Club Stakes at Newmarket and I would imagine he will now be given a small break before returning for his usual tilt at a qualifier (usually at Kempton) and the mile final.

Second Thought won the 3 year old sprint final last year. He is the perfect AW horse, small and agile he possesses a very striking turn of foot. It hasn’t worked out this season on the turf however he has still run with credit in numerous graded races and will no doubt return to the AW as a very hot contender for this year’s sprint final. Again an early sprint like The Golden Rose looks a very likely target.

Lancelot Du Lac is an old veteran on the AW scene and if I’m honest I felt his best days were gone coming into this turf season. He quite simply didn’t hit the heights he usually achieves last AW season however he won The Stewards Cup at Goodwood and has been running well of tough marks since. He is quite clearly back to somewhere near his best and at any turning track from a good draw he really is tough to beat.

Kimberella won last year’s sprint final. He has performed well all season on turf, winning a listed race at Chester in fine style. He has been running well in group races all turf season and once returned to the AW will once again be aimed at the Sprint Final. He has both speed and stamina and 6f’s at Lingfield suits best. Again The Golden Rose looks an obvious target.

Prince Of Arran is an AW stayer, making a real name for himself last season he bowed out with a strong 5th in the Marathon final. He has run well all turf season in top staying races and although a shade disappointing lately the return to AW can see him back to his best. A marathon qualifier will surely be his first port of call and I am just hoping he can bounce back to his best.

Natural Scenery is an interesting horse for Godolphin, she finished 6th in last year’s Marathon final however has improved all turf season. She’s a much better horse now than she was last year and her recent efforts in top staying handicaps like the Ebor suggest she is nice type to keep on side. She isn’t good enough to go to Australia (my opinion) so I would imagine they will keep her back for a tilt at the Marathon final.

Flaming Spear is an interesting progressive handicapper, he shocked a lot of people last season when bolting up at Newcastle over 7f’s after a break and he followed that up with another convincing success at the same track. He was given a break after this before reappearing in a hot handicap at Ascot. He didn’t fire that day but made up for it next time out with a stylish win at York. He has a very smart turn of foot and he possesses all the assets that should make him a very good AW horse. He showed at York that a turning track is no issue and he could be targeted at the mile final if connections wish.

Ennaadd is an interesting horse for Roger Varian. He was a hot favourite for the mile final last season after taking successes at Kempton however he bombed out that day. The race went against him and things didn’t go to plan, he has ran just twice since firstly finishing 2nd at Ascot and then a well beaten 15th in the Queen Anne at Royal Ascot. We haven’t seen him since and there has obviously been an issue however all that means is that he is fresh horse for this year’s AW season. He quite clearly has a lot of ability however must be very fragile to train. If we are to see him this season I would imagine he will only run twice, a qualifier and then the final.

Muffi’ha was perhaps one of the unluckiest losers last year on finals day. She was aimed all season at the fillies final and after being given a great draw was sent of a hot favourite. She blew the start, endured a troubled passage and still nearly got up but it wasn’t to be. She has had a quiet year truth be told; only seen out 4 times after sustaining an injury in early May. She  returned to action just 3 weeks ago with a taking success in The Rosemary Stakes before finishing a very creditable 7th in the group 1 Sun Chariot. She under-performed last time out however clearly retains all of her ability. She was sent to win the Fleur De Lys in late October last year which qualified her for the final in March before embarking on a winter venture in Meydan. It wouldn’t surprise me at all to see connections go down the same route this season.

I am sure there will be a whole host of new stars appear this season however that is part of what makes the AW Championship so fantastic. It all starts next Thursday and I for one cannot wait.