You are here: Home / Subscribe / Festival only service / Next festival 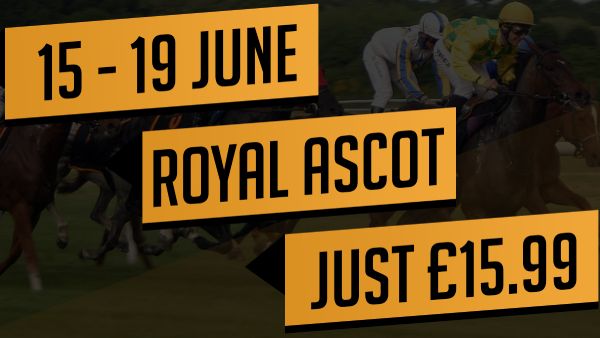 We came away with 12 points profit and a 20% return on investment last year – can we beat that this year? Last year we have winners as big as 20/1 and some beautiful each way bets as big as 66/1.

We have a terrific record at Royal Ascot with our record coming in 2017 with a massive haul of 31 points profit. Given the excellent form we are in I am all out to smash Royal Ascot out of the park this year and set a new record. When it comes to big races we simply shine. Our 10/1 winner in the 1000 guineas, 20/1 3rd in the 2000 guineas and 11/2 winner in the Epsom Oaks and 6/1 3rd in the Derby. Four Classics, 2 Winners and 2 3rds.

Royal Ascot needs no introduction as a Festival. It’s one of the biggest Festivals around, with the Festival pulling in not only huge numbers, but huge names as well – across the board.

Revered across the globe, Royal Ascot attracts many of racing’s finest horses to compete for more than £6m in prize money. It is also equally synonymous with sartorial elegance, being awash with exquisite fashion and magnificent millinery creations.”
https://www.ascot.co.uk/royal-ascot-2021-2

All tips come with full race analysis and they are the most in depth you will find in the industry. No stone is left unturned and you will find no harder working tipster when it comes to the big Festivals. You can few an example of the analysis which goes into the York Dante Festival tips, below in a PDF Document.

What can you expect from the Royal Ascot Festival 2021?

We can’t give any guarantees that we are going to make profit in 2021 but we do have an amazing record at the big festivals are as confident as ever, going into a Festival that we know we’ve done well at in the past.

We are as honest and trustworthy as they come and customers are at the forefront of everything we do.

HIGHLAND CHIEF looked better than handicap company last season and now stepped up in trip, you should see a much better horse. He made his debut over 5f last season and won by a neck. He needs much further than 5f so given he won over the minimum trip was a sign of a decent horse from the off. He then went to Royal Ascot for the Chesham Stakes and came a very good 3rd behind classy horses in Pinatubo and Lope Y Fernandez. That form is obviously top class. He stepped up to Group 2 company on his next start and although he was well beaten, 2000 guineas winner Kameko was in 2nd that day. HIGHLAND CHIEF has been mixing it at the top level and trainer Paul Cole clearly rates the horse to be running him in races that he has. He is now up to 1m 2f and on breeding this is where he should come into his own. He won on soft ground on his debut so ground here should be ideal. Way overpriced now down to handicap company. E/W.

The last time we saw FUJAIRA PRINCE was at Royal Ascot last season when 3rd in the Duke Of Edinburgh Stakes over 1m 4f. He ran a great race that day but looked like a horse who wanted further. He is now up to 1m 6f and I think you will see the best of him over this trip. He is 6 year old now who has only had 6 starts. He is clearly best when fresh and won by 6 lengths following 285 days off the track in 2018 and then in 2019 he won by 3 lengths following 324 days off the track. He comes here after 362 days off the track. His mark of 99 is very winnable as I think he could be around 105 mark at best. The one to beat. WIN.

3:00 Hardwicke Stakes
FANNY LOGAN 10/1 WINNER
I am keen to take on a few horses like Elaquam and Anthony Van Dyck. I really think they are there to be beat on this ground.
The price on Morando has gone but I can still see plenty of value left in FANNY LOGAN.
She gets weight from the boys for starters and has previous winning form on soft ground when winning a listed race at Salisbury. Rab Havlin said the ground helped her relax that day and she proved that to be the case when following up with a win in a Group 3 at Newmarket, in October, on Good To Soft ground. She has had 1 run this season when 2nd at Haydock 12 days ago and that should have put her spot on for today. John Gosden is so good at handling these fillies and with Frankie Dettori on board, the 10/1 available is decent value.

Our Royal Ascot Festival is just £15.99 for the entire meeting – extensive and comprehensive coverage! Do not miss out!

Don’t forget we also cover 16 festivals each year and you can pay quarterly for £39 which gives you a strong saving.

You could even pay yearly for £119 and get all 16 festivals which gives you an even bigger discount.